Acupuncture works with the body’s own biological systems and energy to restore balance and health to a wide variety of common ailments. According to Traditional Chinese Medicine theory, the body’s vital energy, called Qi(pronounced chee), circulates through channels, or meridians, throughout the body.

In a healthy person, the energy flows smoothly and is in balance. Illness or disease occurs when the Qi flow is disrupted or out of balance. An individual treatment plan is formulated to bring a person’s energy flow back into balance.

The ancient Chinese have been practicing acupuncture for centuries to help accelerate the body’s own propensity to heal itself. In the early years of Western Medicine, Hippocrates, the Father of Western Medicine, was aligned with the eastern theory of healing. He stated that “the natural healing force within each of us is the greatest force in getting well.”

Acupuncture has been around for 2,500 years and practiced by a billion people on the other side of the world. It only recently has begun to be accepted by Westerners. For those who try it, this oldest form of “energy medicine” is the answer to effective healthcare.

"It is very difficult to describe or explain the positive impact Jean and acupuncture have had on my life, health and spirit. I have been seeing Jean for years and never hesitate to refer others her way. I honestly cannot imagine my life without it."
Susie, Boise (Graves Disease) 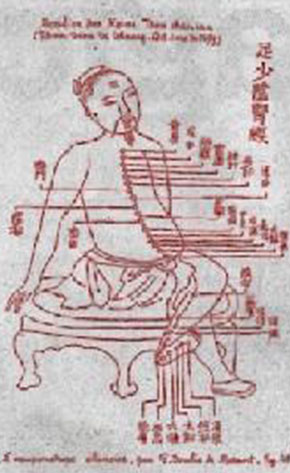 Your first visit will last about an hour and a half. During that time, you will be asked questions about your medical history, lifestyle, and all the systems in your body. Your pulse will be taken at both wrists and your tongue visually examined. From this information and diagnosis, an individual treatment plan will be formulated. Acupuncture points specific to your condition are selected. Special acupuncture needles are inserted into these points to access your body’s energy and allows it to flow more freely.
Acupuncture needles are the size of a human hair, or smaller. They are sterile and are used only once, then discarded. Most of the time, you won’t feel the needles go in, however, in other cases, you may feel a tingling or aching sensation. Generally, the needles are in for thirty minutes, the time varies with the particular condition and overall constitution of the patient. Once the needles are in, many people describe a sense of calm or well-being. You may even find yourself drifting off to sleep.
A course of treatments will vary, depending on your needs. Most people choose to come in for several weekly visits and assess their progress with their practitioner.

Both the National Institute for Health and the World Health Organization recognize Acupuncture and Traditional Chinese Medicine’s ability to treat commonly encountered clinical disorders. Among these are: